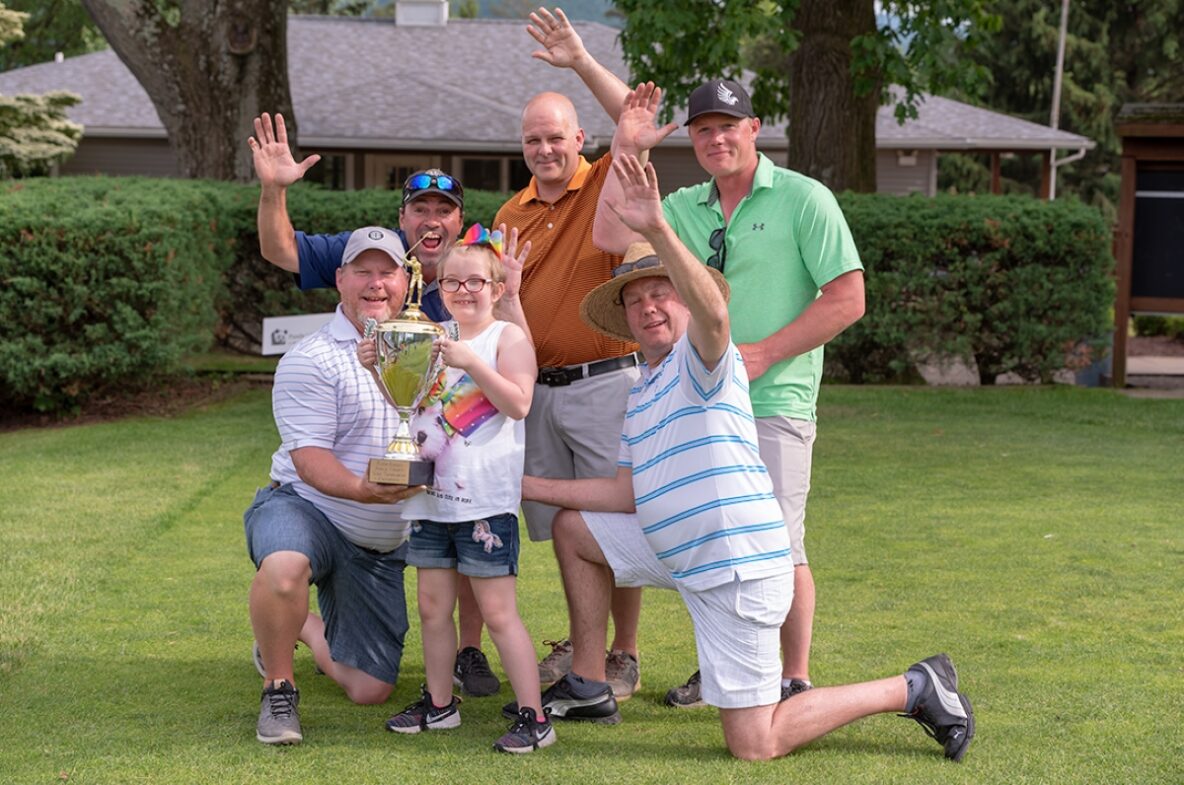 Each year, owner EJ Flynn, his staff, the community, and dozens of generous sponsors gather at Towanda Country Club in June to support a local member of the area⁠. This year it was Teegan Murray’s turn to feel like a queen.

Teegan suffers from three rare neurological conditions including Chiari Malformation, Agenesis of the Corpus Callosum, and MoyaMoya. Money raised from the tournament will go toward medical expenses, travel, and other needs for Teegan and her family.

The day started off like every other year⁠— sponsors arrived at the country club, checked in, and chatted with friends. Following a twenty one gun salute and a few words from EJ Flynn, golfers took to the course.

Golfers were treated to burgers and steaks at the turn and live music entertainment from local performing artist Justin Raynor who just announced he has been invited to perform the opening act for Hank Williams Jr. and Montgomery Gentry on July 13th.

At the conclusion of the tournament, Falcon EFS was announced by event emcee Brian Tripp as the first place team in the scramble event, followed closely by PNC Bank and Stevensville Auto Body to round out the top three.

James Lackey won a Yeti Brand cooler and donated it back to be auctioned off, raising another 200 dollars. It was purchased via auction by Todd Alexander.

A huge thank you to Stevensville Auto Body for its support of the putting contest.

Tom Johns was the first winner drawn for the gun raffle. Doug Wiser was the second card drawn, and Jason Rorie was the lucky recipient of the last gun given by Athens Agway.

The following were gold and silver level sponsors at this year’s tournament:

Flynn Energy is a local commercial fue, propane and heating oil company located in Towanda in Bradford County, Pennsylvania. Owner EJ Flynn and his staff are dedicated to the community, providing events throughout the year that seek to engage, uplift, and support local individuals and organizations. For more information on Flynn’s annual golf tournament or other events, please stay tuned to www.flynn-energy.com and our facebook page.